This summer I have been practicing night photography in preparation for my trip to Ireland this Fall. So far I have one night under by belt (or should I say on the SD card?) When I heard that the annual perseids meteor shower would peak this week (Aug 11 and 12), I knew I had to get out there, under the stars, and try to capture the falling stars. 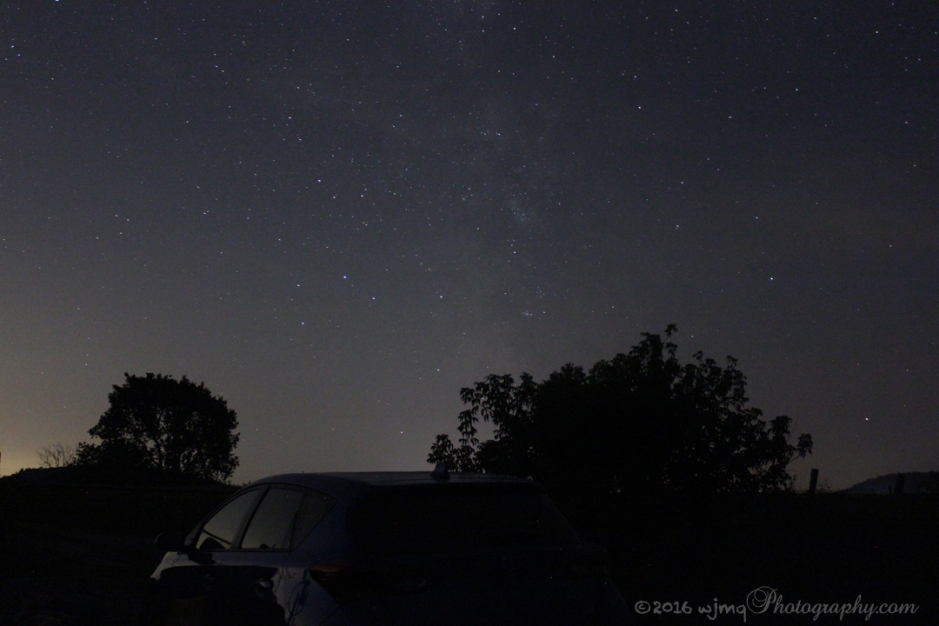 Facing south. Notice the light pollution at the bottom left.

After much research, I found the ideal place with little to no light pollution – Carp, ON. Apparently some astronomers gather in the parking lot behind the Carp Library to view the night sky. Plans were put into place and all that was left to do was wait for the night to arrive.

Then I heard the weather forecast for the two peak days: Thursday (cloudy) and Friday (rain), and my plans fell apart.

As it turns out, Wednesday was shaping up to be a clear night. So, I set out Wednesday night in search of dark skies. Thanks to my amazing photography assistant and driver (Thanks Mom!) we found ourselves lounging on a dirt road in the middle of nowhere (actually we were in and around Wakefield, QC) on a very balmy 24oC night. It was so very quiet. No traffic. No city noises. Yet it wasn’t really quiet. The crickets were so loud at times it was almost deafening. A wolf could be heard in the distance and the cows close by. The moon, at the first quarter phase, turned a warm shade of orange as it began its descent just after midnight.

I set my camera up in the middle of the dirt road, took in my surrounds and what I wanted to capture, then went to town. I had preset the camera settings before leaving home, as it’s much easier to do in the light, but I experimented with the timer and the ISO. Time flew by, as did a dozen or so meteors. Unfortunately they streaked by when my camera was aimed elsewhere. Oh well, maybe next time! 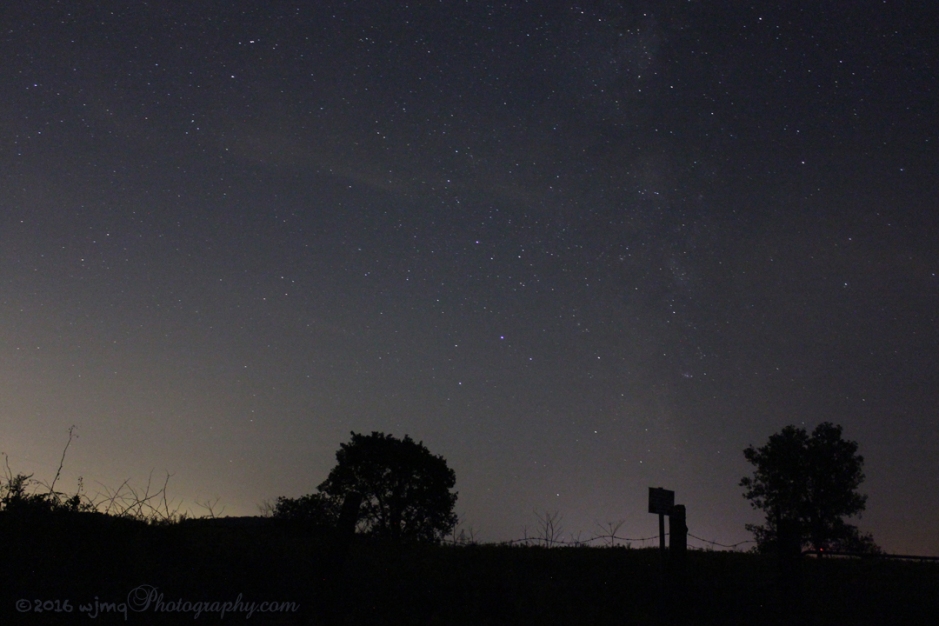 Night photography can be tricky and requires a lot of patience and practice and it’s so worth it when you get that one shot that turns out so amazing! I didn’t get that shot this time around, but what I did get was an amazing warm summer night in the middle of nowhere with great company and doing what I love to do. 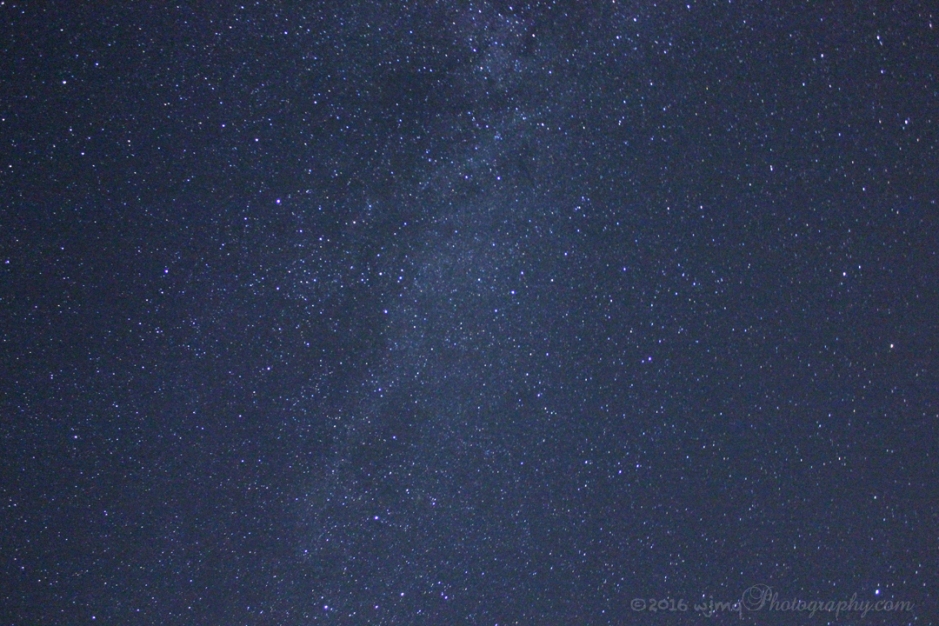